Fireworks and Dogs – keep them apart!

Dogs and fireworks just don’t go together. While we love the spectacle, the bangs, the sheer exhilaration of a good firework display, dogs, in general, find it a nightmare.
The big firework spectaculars are usually not a problem unless you live very close to the venue. It’s the small local fireworks parties which are hard to get away from, and the roving bands of boys with bangers are the worst of all.
If you have animals, the best course of action is to stay at home with them on the nights when you know there’s going to be a lot of local fireworks activity.

These nights vary from country to country, but Halloween (October 31) is widely celebrated as the night of witches, spooks and the undead, and Guy Fawkes Night (“Remember, remember, the Fifth of November, Gunpowder, Treason, and Plot!”) is the traditional British night for fireworks. And all over the world, the New Year is brought in to flashes and bangs.

For many dogs, the first “Wheee!” of a rocket they hear sends them under the bed, quivering from nose to tail. They make a sorry sight, and it’s important to keep them indoors away from those gangs of boys, who might find it very amusing to taunt a terrified dog with fireworks.

When a dog is this frightened it is no longer rational. They can sometimes try to escape from safety by chewing or scratching a door to pieces. Some will run away from home if not restrained. If things get this bad you will need to consult your vet with a view to giving the dog some kind of sedative.

You may find a holistic practitioner who can help with homeopathic remedies, sound-vibration techniques, or the Tellington Touch. A good standby is the Bach Flower Rescue Remedy, or you can try the excellent Royal Jelly tablets from the Aloe Vera people, which have an immediate calming effect and are a good standby.

You have to remember that a dog’s hearing is so very much more sensitive than ours. Take the Border Collie for instance. He’s been bred to hear a sheep sneeze halfway up a mountainside, then to hear his master’s whistles and commands when he gets up there to find her.

According to the leaflet on animals and fireworks issued by the Blue Cross, loud noises cause actual pain to the animals’ ears. Imagine what it would be like if your hearing were that powerful! That is one reason why they find the fireworks season so traumatic.

In some countries, the law requires your dog to have a collar and some form of ID tag, but common sense tells you to make sure that the collar is firmly on the dog before any night when there may be fireworks. If he does panic and runs away, then he can be returned to you much faster. You’ll find more about collars here.

It’s good to see that people are beginning to take action over this issue, and laws are gradually being changed. It’s not just animals that suffer from the wanton use of fireworks. Just check the figures with your local Fire Service. If you get the opportunity, sign one of the petitions that’s being circulated about the control of fireworks. Do your bit for dogdom!

Get updates and learn from the best 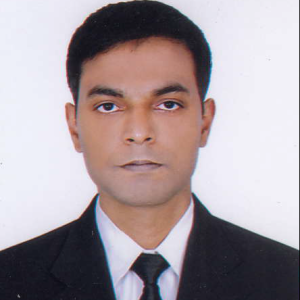 I've had a love for animals (but especially dogs!) for as long as I can remember. I guess it's because they never seem to have a bad day, and they're never not just simply ecstatic to see you.My hopes for this site are to provide helpful information regarding all aspects of a dog's health to other dog lovers out there like myself.I do believe that the front line to keeping your dog healthy starts with nutrition.

Top 6 Short Course RC Truck Reviews 2020 : You Need To Know About Before You Buy

Desiredon.com is a participant in the Amazon Services LLC Associates Program, an affiliate advertising program designed to provide a means for sites to earn advertising fees by advertising & linking to Amazon properties including, but not limited to, amazon.com